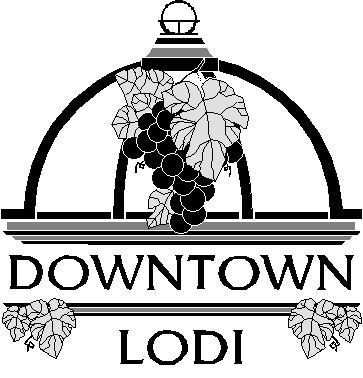 The Lodi Downtown Gateway is the key element of Catalyst Project Number 1 of the Central City Revitalization Concept Plan developed through the cooperative efforts of property owners, Lodi citizens, and urban planners Freedman, Tung & Bottomley and adopted by the Lodi City Council in 1995.

This group, through a series of studies, meetings, and public workshops, developed the concept plan for revitalizing Lodi’s core. The plan included improvement projects designed to bring dramatic change to the area - the catalyst - and programs to sustain this change.

Just as Lodi’s historic Mission Arch on Pine Street has served as the railroad-oriented entrance to Lodi’s Downtown on Pine Street since 1906, the School Street Gateway will serve as the vehicle and pedestrian entrance for the 21st Century.

Working from hand-drawn graphics prepared by Victor Freedman, reminiscent of the original drawings of City Hall, Freedman, Tung and Bottomley designers prepared final plans and specifications and worked with City staff and the Lodi Arts Commission to select an artist for the grapevine sculpture. Bob Resch of Princeton Welding was selected and worked to refine the design, materials, and finishes of the sculpture.

The gateway construction was completed along with the rest of the streetscape by a local contractor, Diede Construction, Inc, in 1997.

The gateway construction became a local event by itself. Traffic on Lodi Avenue stopped to watch as the structural steel towers were set in place by San Joaquin Steel. The white coated steel was viewed by many as an interesting and intricate work of steel until it was covered by metal framing installed by Vintage Drywall of Lodi.

Princeton Welding fabricated the steel domes and trellis structures. The domes, trellis, and grapevine sculpture were coated with a long-lasting powder coat process which involves the use of an oven to heat the completed pieces to over 360 degrees Fahrenheit. Huge ovens were specially modified by Reliance Powder Coating Systems, Inc, of San Leandro, to accomplish this important step.

Once these pieces were in place, John Wait Masonry of Lodi carefully set the brick tiles. John Wait personally measured and calculated brick patterns and colors of City Hall to ensure that the design intent would be carried through. Collins Electric Co., of Stockton, installed the 54 light fixtures illuminating the gateway, and the sculpture was installed by Princeton in late 1997 to substantially complete the structure.

Mr. Resch earned an award from the National Ornamental and Miscellaneous Metals Association (NOMMA) for his efforts and skill.