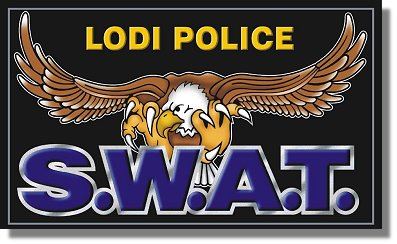 The Lodi Police Department Special Weapons and Tactics team (SWAT) was established in 1986.

The SWAT team’s primary mission is to respond to high risk, dangerous situations that require more than standard police response. Types of operations that may involve the deployment of the SWAT team include:

The SWAT team consists of nine police officers highly-trained in SWAT tactics. Team members are given a specific role in each operation. A team member may be assigned to the entry team, perimeter team, or long rifle team.

Team members must maintain a high level of physical fitness throughout the year. They are required to pass a rigorous agility test every six months. In addition, they must complete a 25-yard handgun bullseye target with a minimum score of 90% each month.