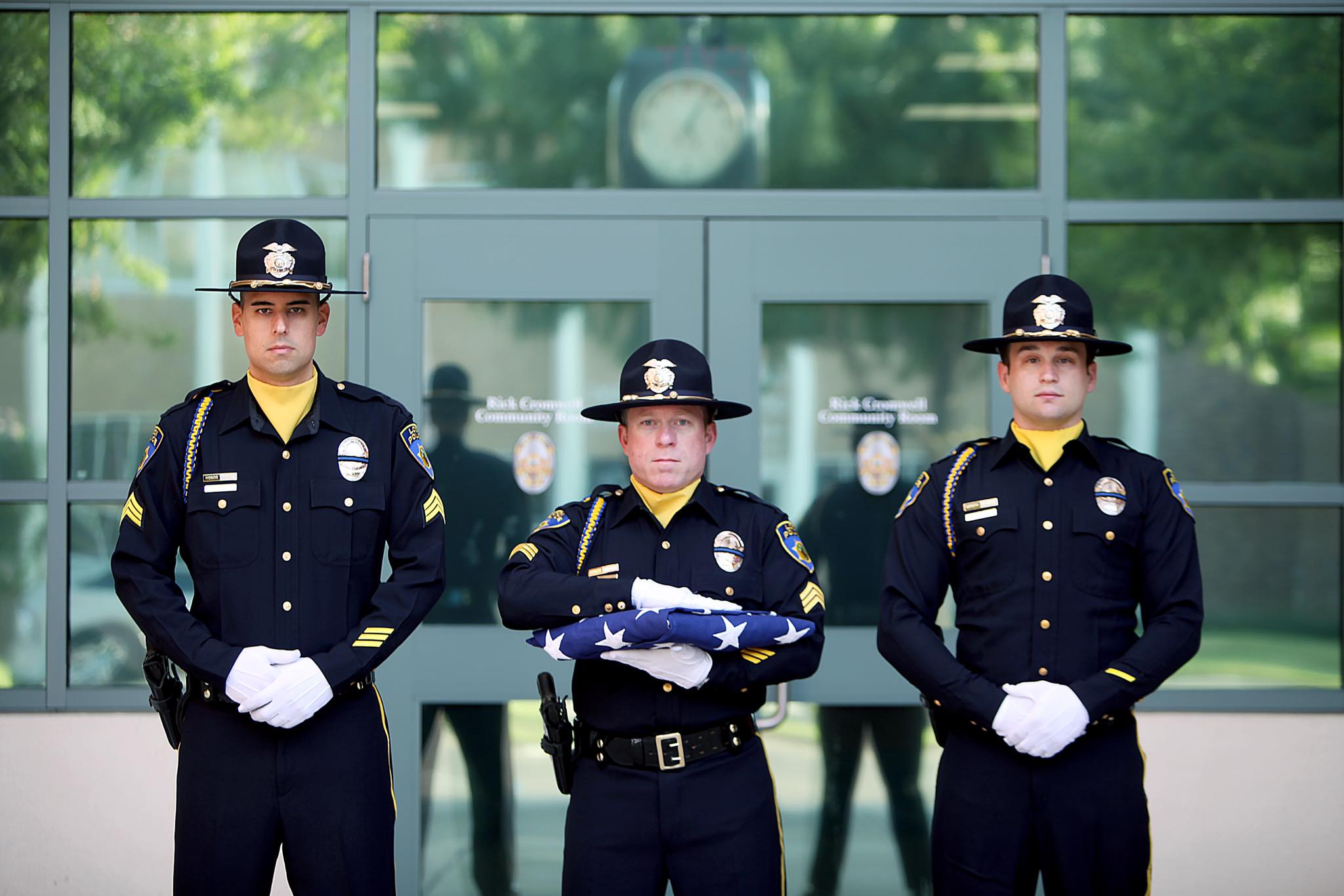 Go, stranger, and tell the Lacedaemonians that we lie here in obedience to their laws. - Inscription from California Peace Officers Memorial

The Lodi Police Department's Honor Guard consists of eight officers under the command of Lieutenant Kevin Kent. The purpose of the Honor Guard is to show Honor and Respect to a fallen peace officer and his or her family. The Honor Guard has traveled across the State of California and into Nevada to attend funerals for peace officers killed in the line of duty.

The Honor Guard has an extremely high degree of integrity and is always striving to display the utmost honor and respect to those who have given the ultimate sacrifice.

In addition to the State Memorial, the Honor Guard attends the San Joaquin County Peace Officer Memorial each May to give honor to those peace officers in San Joaquin County who have given the ultimate sacrifice in serving their community.

Each May, the Honor Guard also pays respect to all peace officers killed in the line of duty across the United States at a memorial service hosted by Lodi Police Department at Temple Baptist Church.

In 1999, the Lodi Police Department Honor Guard, along with other members of the department, traveled to Washington D.C. to attend the National Peace Officer Memorial. We joined over 10,000 peace officers from across the Nation to honor those officers killed in the line of duty in the United States, including Lodi Police Officer Rick Cromwell.

The Honor Guard also acts as a Color Guard at formal events where the United States Flag is displayed, such as:

A Color Guard detail most often consists of two officers carrying a United States flag and the State of California flag and two side guards armed with chrome plated Remington 870 shotguns flanking them. The purpose of the Color Guard is to show honor, respect, and protection of the United States and California Flags.