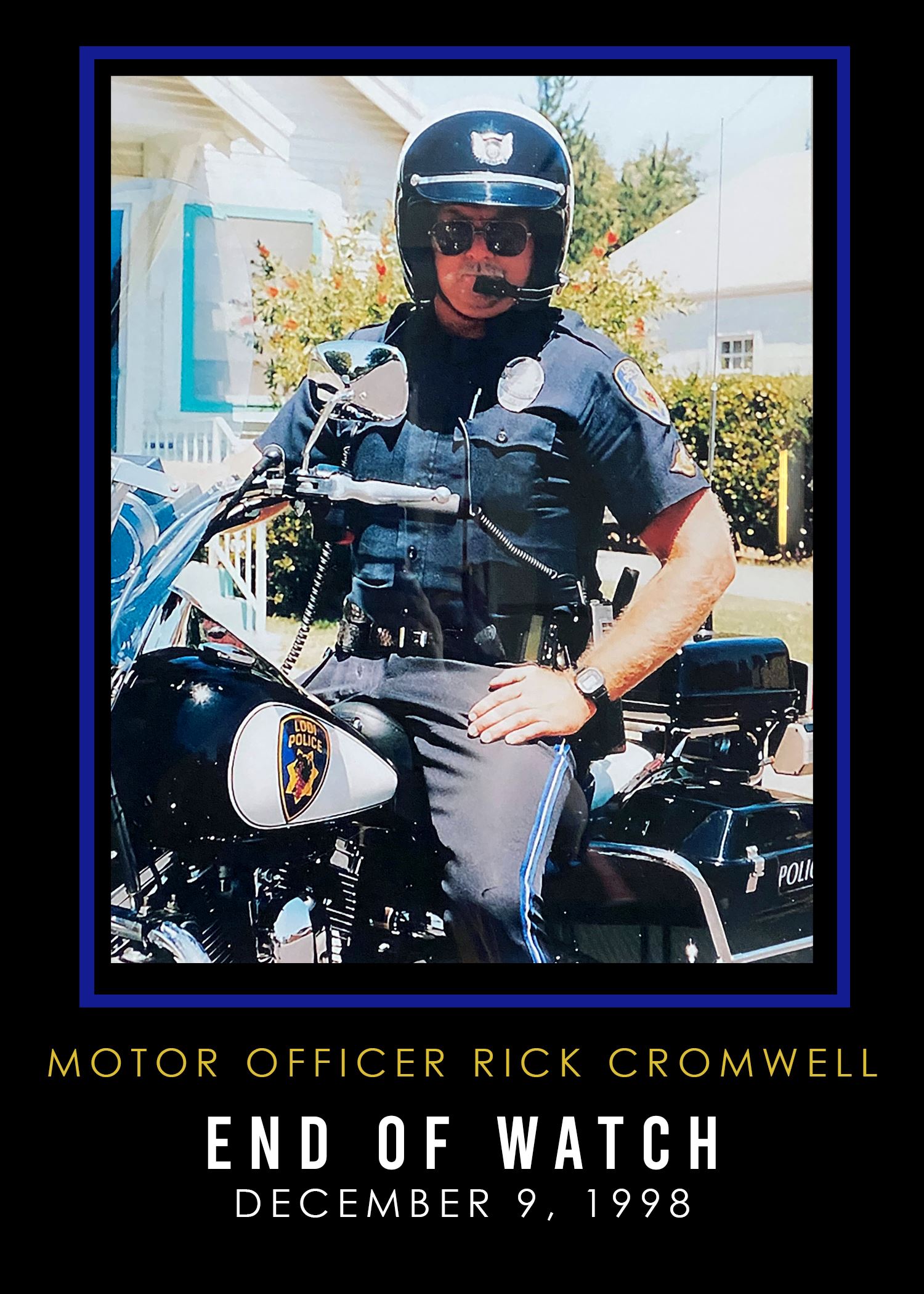 Motor Officer Rick Charles Cromwell, died as a result of an on-duty motorcycle collision that occurred on Kettleman Lane on December 9, 1998. He was 35 years old.

Cromwell was hired by the City of Lodi in August 1988. Rick was a patrol officer for five years when he transferred to the Traffic Unit as a motorcycle enforcement officer - the job he was performing when his accident occurred.

Officer Cromwell was an expert motorcycle rider and a state-certified instructor. He taught riding skills to other police officers to prepare them for motorcycle assignments. He concerned himself with motorcycle maintenance and took it upon himself to be the lead officer in charge of the maintenance for the entire fleet of police motorcycles.

Rick was also trained in the field of collision reconstruction. He was a court-certified expert in this field and was frequently called upon to consult on all serious collisions in Lodi and for other law enforcement agencies in the area. Rick was a critical member of LPD's Major Accident Investigation Team and was considered to have a special talent for being able to determine the actual chain of events that caused the collision to occur.

He was born in Lodi. He graduated from Lodi Academy in 1981 and earned a Bachelor of Science degree in Computer Technology from DeVry School of Industry in Arizona.

On July 4, 1999, while on duty as a Police Partner, Gene Taylor fell to the ground while directing traffic after the fireworks celebration at Lodi Lake. He died instantly from an apparent aneurysm. He was 69 years old.

Mr. Taylor moved to Lodi in 1994 and, along with his wife, Barbara, decided the best way to get to know the community and its people was to join the Police Partners Volunteer Program. Gene never let anything interfere with his scheduled time as a Police Partner Volunteer. Gene was a man who was dedicated to keeping whatever commitments he made.

Gene left a legacy of service to his community, dedication to his family, and an atmosphere of love for all who were in his presence. Because of his dedication to duty, in the year 2000, the Lodi Police Department awarded Gene the Meritorious Service Award posthumously. His wife, Babara,  accepted the award on his behalf. 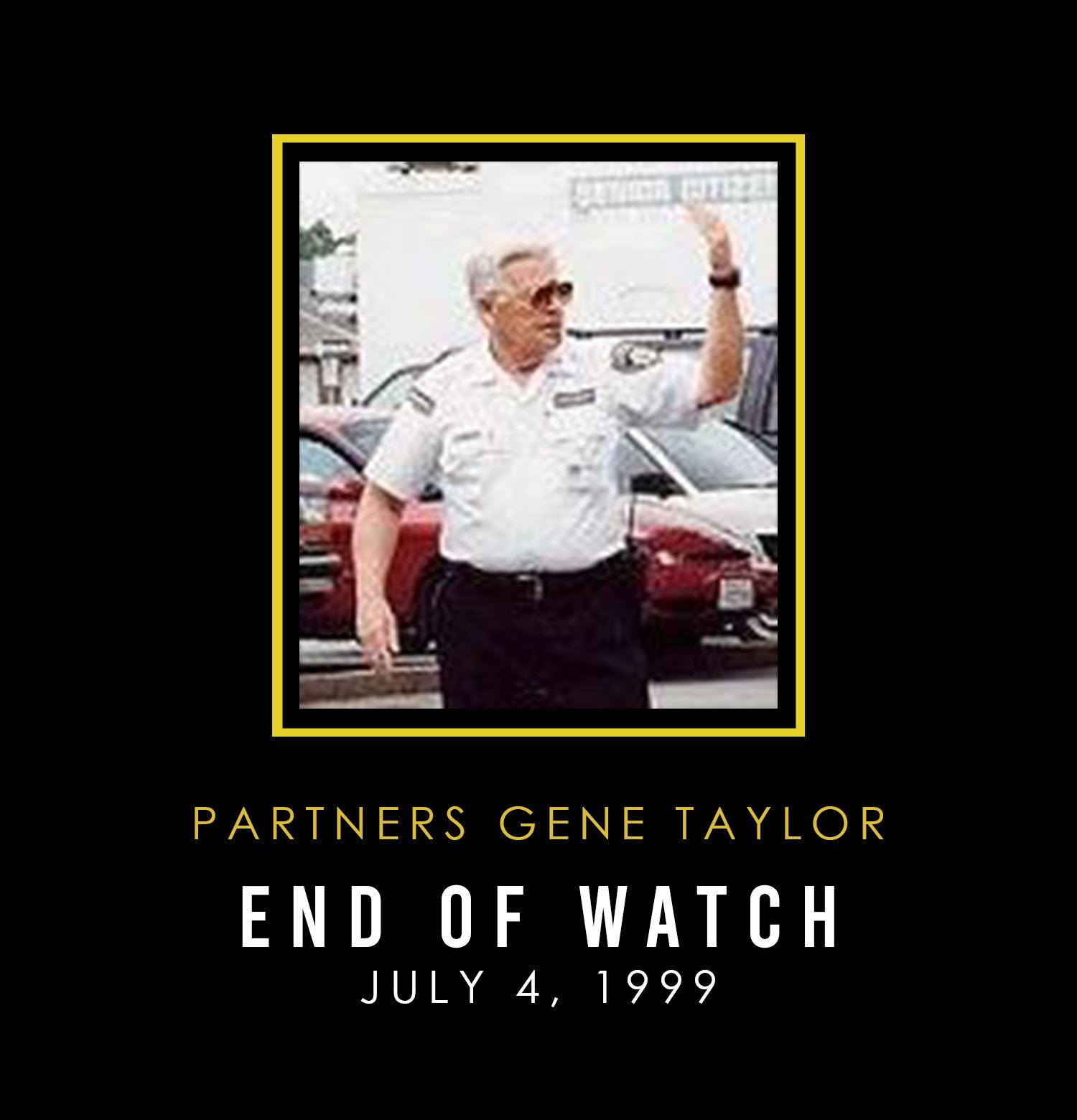 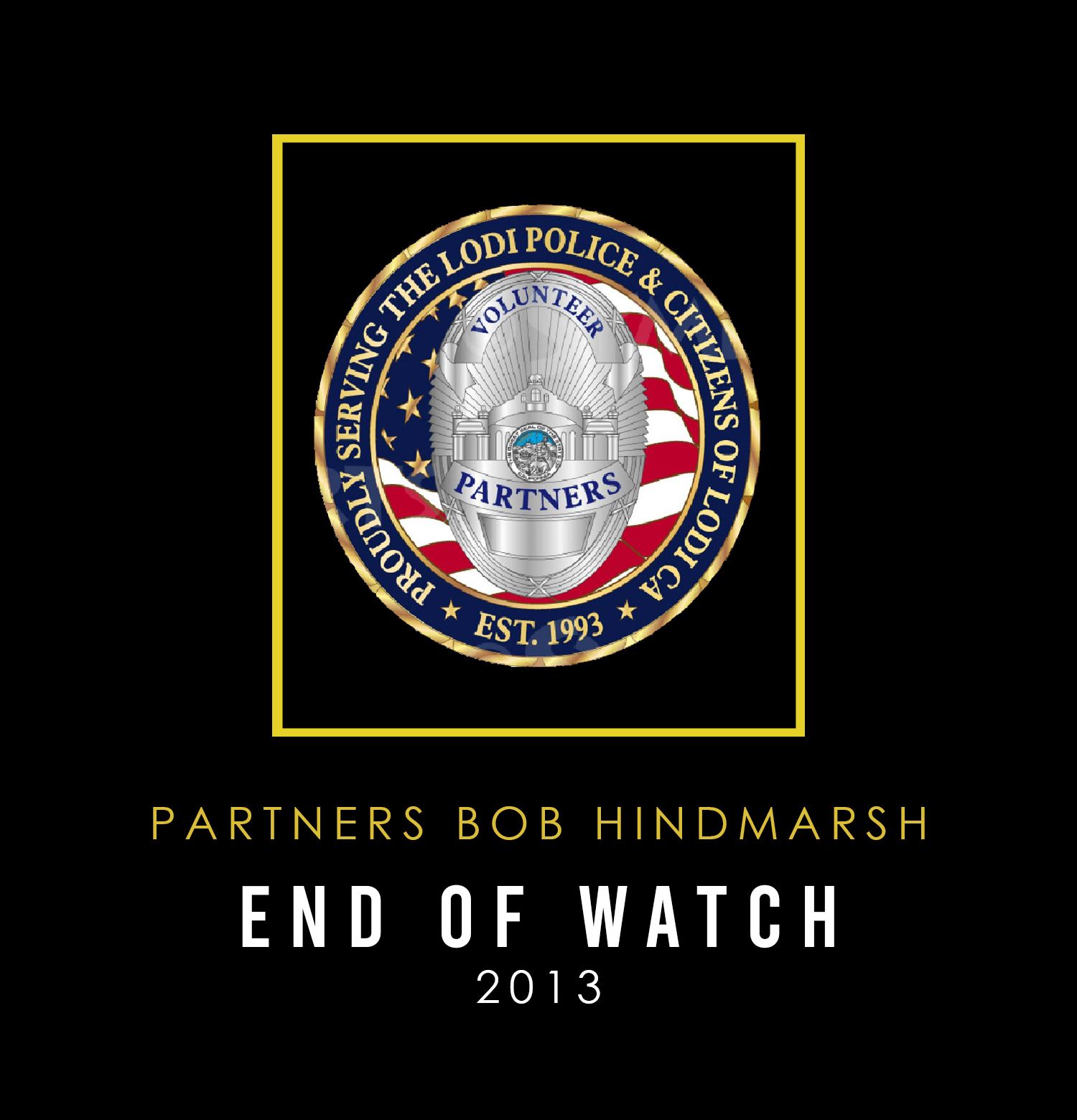 In 2013, Lodi Police PARTNER Robert "Bob" Hindmarsh passed away in the line of duty. He was 79 years old.

LODI POLICE PARTNERS VOLUNTEER CAREER
Mr. Hindmarsh graduated from Kent State University. Upon his graduation, he was drafted into the military and served in the United States Marine Corps during the Korean War. He spent 25 years in the Air Cargo business before going to work at Holz Rubber of Lodi in sales. Robert spent the last ten years of his life as a proud member of the Lodi Police Department's PARTNERS Unit.
Agendas & Minutes
Job Openings
Make a Payment
Report a Concern
Stay Connected
Utilities
Permits & Licenses
Government Websites by CivicPlus®
[]